Born in the 1980s, when the one-child policy was at its strictest, Tian Jin now devotes his documentary work to children abandoned by their parents in train stations or hospitals in Yunnan province. One day, he read an article reporting a fire that had broken out in January 2014, in Lankao County, in an orphanage specialized in the reception of disabled children. Seven of them had lost their lives. This tragedy shook the photographer and was the starting point of his first project, Les Herbes Folles: L'orphelin de la Chine. Traveling through the orphanages and desolate villages of deepest China, Tian Jin brings to light these forgotten souls and inquires about the lives of the survivors.
Then he continues his work on the forgotten people of contemporary China in a second project on China's leper villages. In ancient China, leprosy patients were despised, considered to be affected by the curse carried by the wind, and their misfortune was seen as God's punishment. To be hunted or killed was their fate. Quarantined by the government in villages, lepers treated with dapsone from the 1980s onwards could choose to leave their villages once they were cured. However, most of them never left. Currently, the project is still ongoing and plans to sample 63 leprosy villages in 9 different provinces.
These people in extremely precarious conditions, these fragile children or these former patients find a presence through the eyes of the photographer. 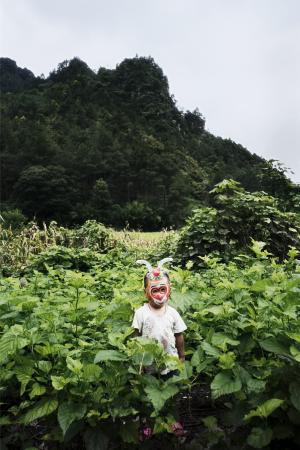