Does the gaze have a gender or a race? No, of course not, but the cultural origin of the photographer certainly shapes the gaze. And since the European colonial expansion, the view on Africa has created all the clichés about the continent. For it is the photographer - the one who documents - who writes history.
Since the Rencontres de Bamako, notably with the commitment of Françoise Huguier, photography has been vibrating from Africa and towards the world. The festival, which has become a major event, allows for cross-fertilisation where Brazilian and Malian photographers, without speaking the same language, discuss the spices they share in their photographs. There was the extraordinary adventure of the Revue noire, so revealing of the dynamic African culture.
Western photographic ethnocentrism no longer makes sense in this new century thanks to these generations of photographers from Africa and elsewhere who have become major players.
To celebrate the great A of Arles, Christophe Wiesner, for his first official edition as director, invites all the emerging photographers. And among them, there are the views from South Africa, Sudan or the state of mind of African hybrid cities. The city's galleries are not to be outdone, with the Grande Vitrine as the figurehead, bringing together a generation of young photographers who are taking their destiny in hand. We tell our story in our own words and with our own sensitivity," says Alun Be. While dancing the Sabar - a Senegalese dance reserved for women - Gabriel Dia's self-portraits presented in an intense video, raise the question of the condemnation of homosexuality in Senegal. 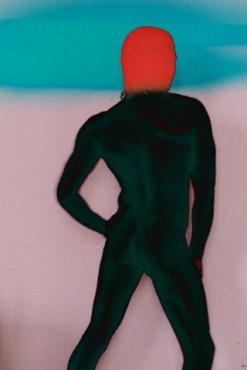